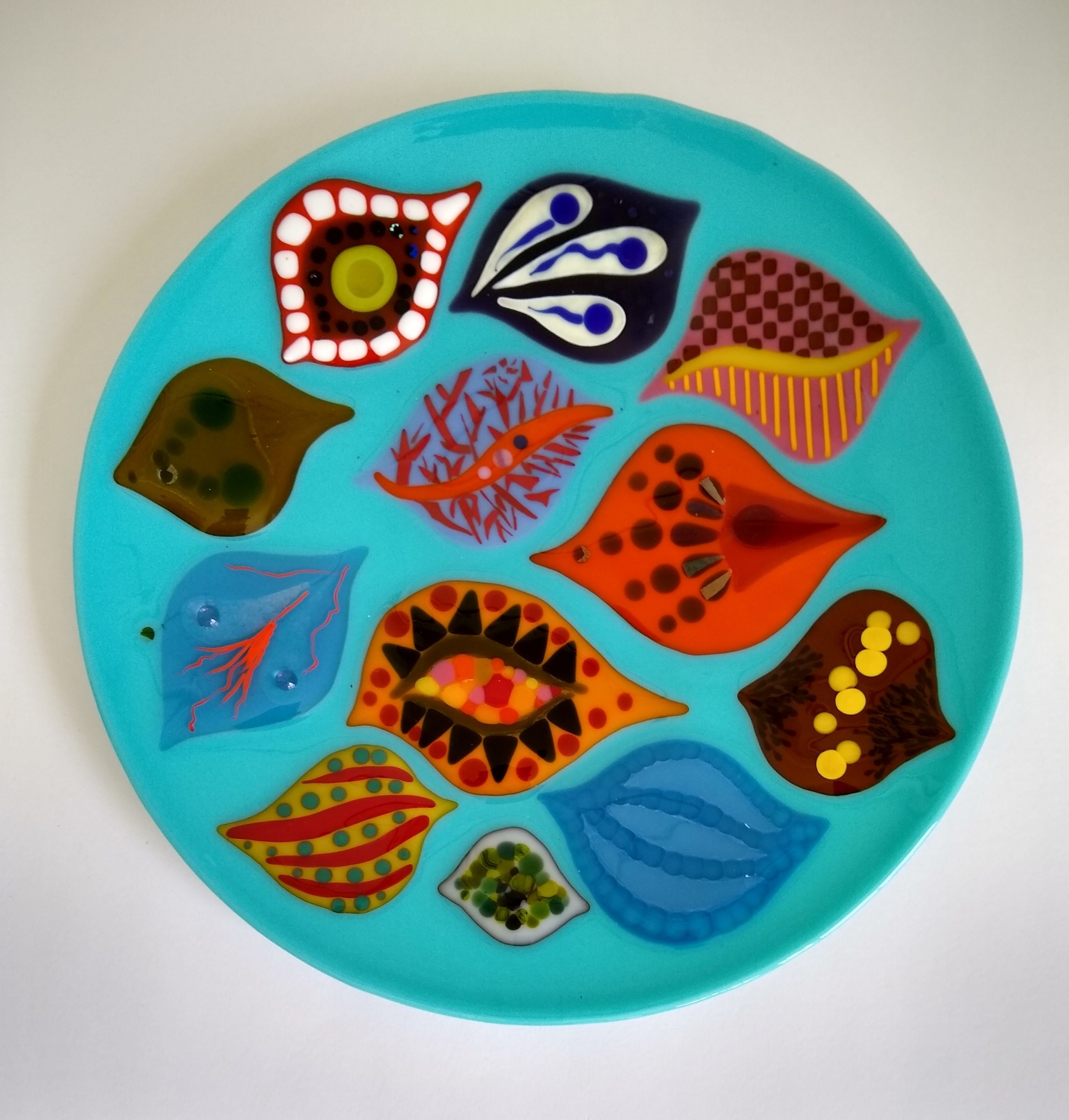 Maureen studied art at Ravensbourne Art College, then at Leicester Polytechnic (now De Montfort University) where she first blew glass. A lifetime of creativity in many media later, Maureen is again working with glass.

Maureen says, “I draw inspiration from my sketchbooks. I’ve been sketching my ideas for decades. The possibilities presented by the medium of fused glass; colours, textures, glossiness, softness of form, prompt me to find fresh interpretation of my original ideas.”

Working from new sketches, Maureen cuts, shapes and assembles different glass elements for the first firing which fixes the parts together. Following a 24 hour cooling and annealing process, the piece will be fired again to form shape – perhaps a plate or a bowl. Sometimes, additional fine detail will be added with traditional stained glass painting techniques – also fired on. Further firing can include addition of extra sparkle with applied lustres or gilding. The finished items are useful objects that are also beautiful and decorative items which are joyful. 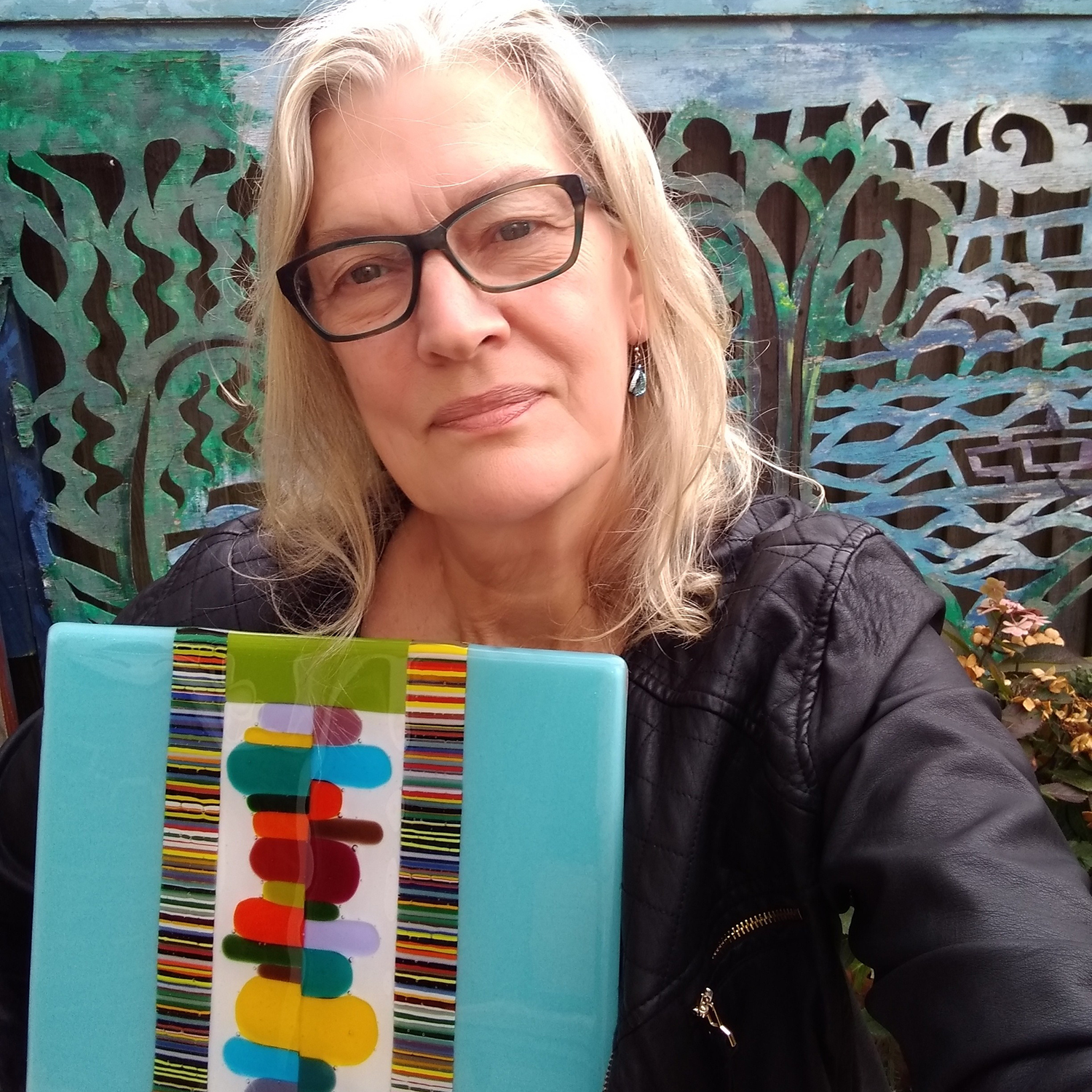