Born in Edinburgh, Scotland in 1949 Andrew Matheson is a graduate of Gray's School of Art, Aberdeen.

He is the former head of art at Broadway School, Perry Bar, Birmingham. Producing pieces from locally-sourced materials since 1981, Andrew works mainly in stoneware and porcelain reduction fired to 1280 degrees Celsius.

He plays a central role in both the Royal Birmingham Society of Artists (RBSA) being treasurer since 1987 and the Midland Potters' Association (MPA) where he is currently vice chairman.

Exhibiting in galleries across the United Kingdom, Andrew also undertakes commissions from his workshop in Lichfield, Staffordshire. He manages a gallery space above the workshop, exhibiting work from regional artists. 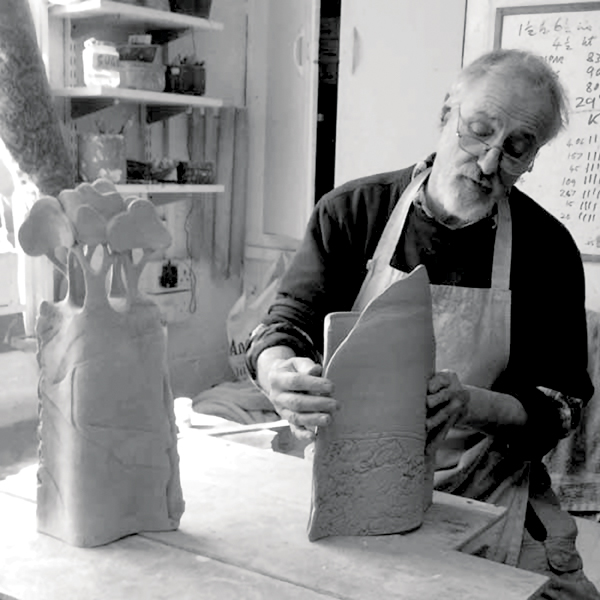