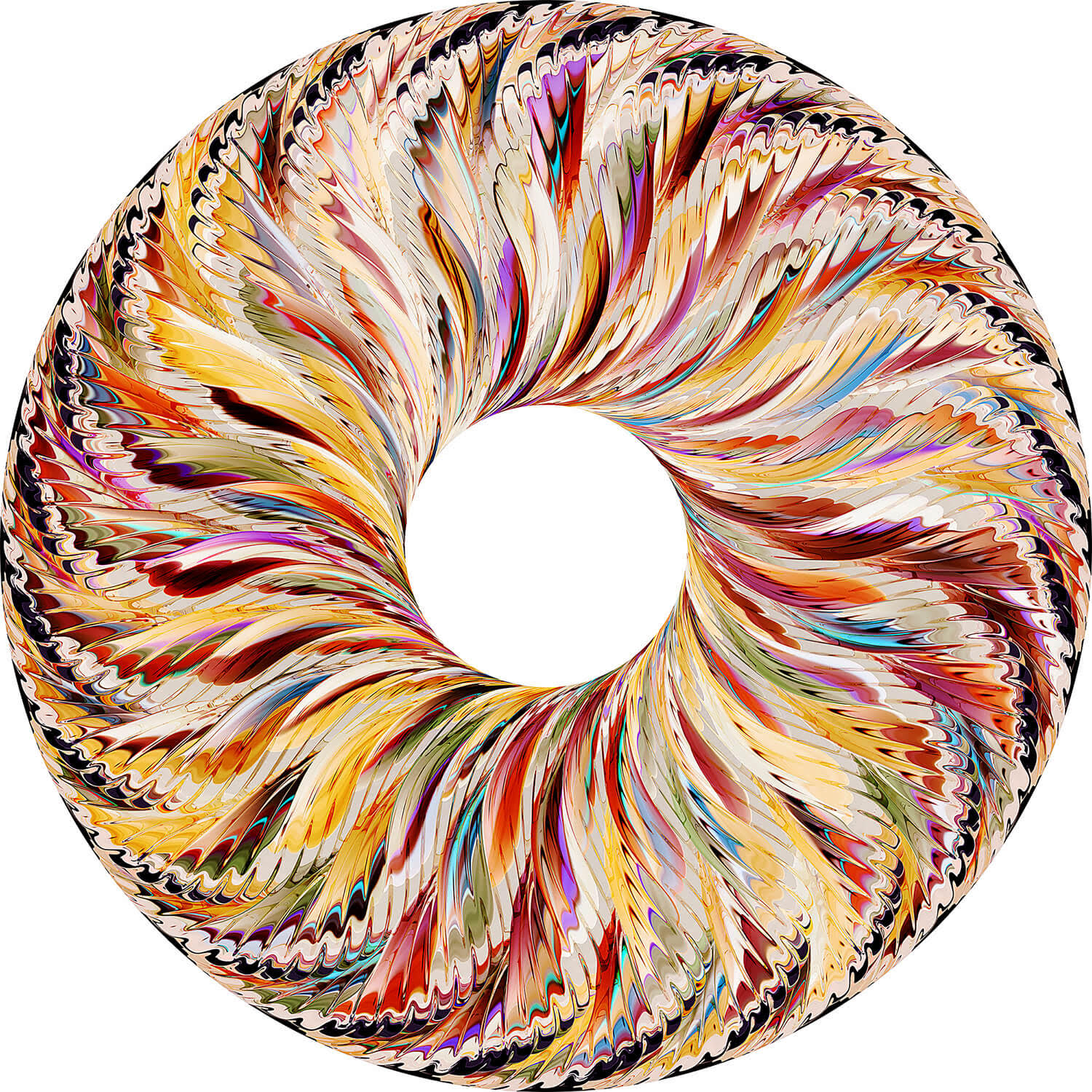 Chuck Elliott (b. 1967, Camberwell, London) is a pioneer of digitally generated art. He claims to have used the first Apple Macintosh imported to the UK in 1984, the same year Apple launched the computers with their now infamous Orwellian advertising campaign.

Acquiring his own machine in 1989, he has been drawing, sculpting, editing and compositing digitally ever since. Graduating in 1992, he founded a succession of small, successful studios in London. In 2005 he moved to Bristol, where he now works full time on his sublime, fluid studies in light, colour, motion and liquid geometry.

Delighting in the machines' ability to hone and craft sculptural drawings, render, edit, mix, cut, paste, sculpt, and re edit, colour spaces are manipulated, light levels finely tuned, and a myriad of images and series of derivations are produced, using processes analogous to the way in which modern music is realised.

We use cookies on our website to give you the most relevant experience by remembering your preferences and repeat visits. By clicking “Accept All”, you consent to the use of ALL the cookies. However, you may visit "Cookie Settings" to provide a controlled consent.
Cookie SettingsAccept All
Manage consent