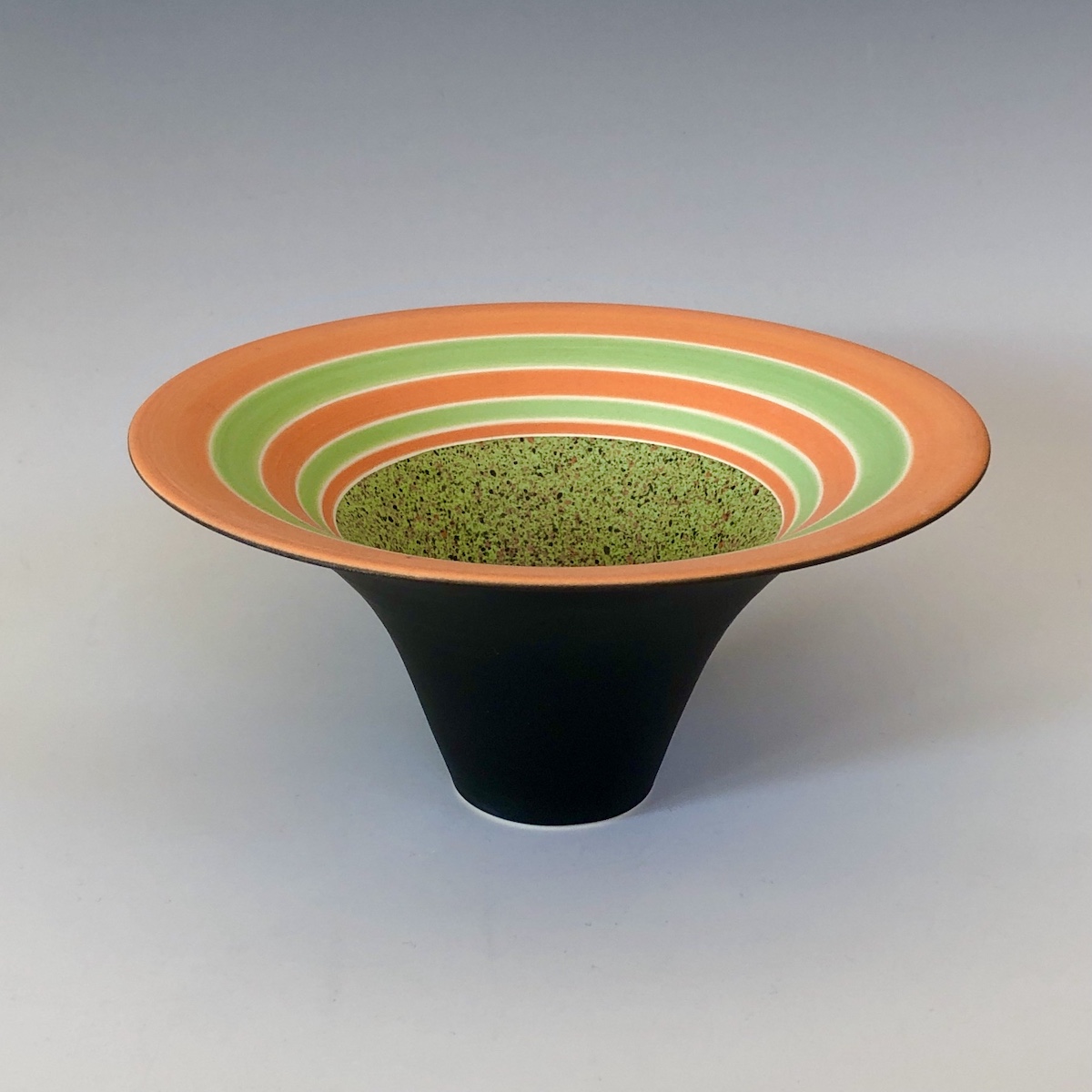 Grahams interest in ceramics began at York School of Art in the 60s and continued at Cardiff College of Art , graduating from there in 1971. He later worked at both institutions as a ceramics technician and retired from Cardiff (now Cardiff Metropolitan University ) in 2009 and established a workshop in Gloucestershire. His work comprises of mainly bowls , vessels and lidded forms and all are made with precision and detail which utilise the inherent refinement lent by porcelain. The pieces are thrown and turned and fired to 1260/80 in an electric kiln . After years of working with reduction glaze and firing in a gas kiln , he decided to change to oxidised firing , which he feels gives the work a more contemporary feel. Clarity of form and technical proficiency are important elements in the work and have always resonated strongly with him. Having spent many years of his working life as a glaze technician he has retained an intrinsic curiosity about glaze and surface which provides a constant source of motivation. 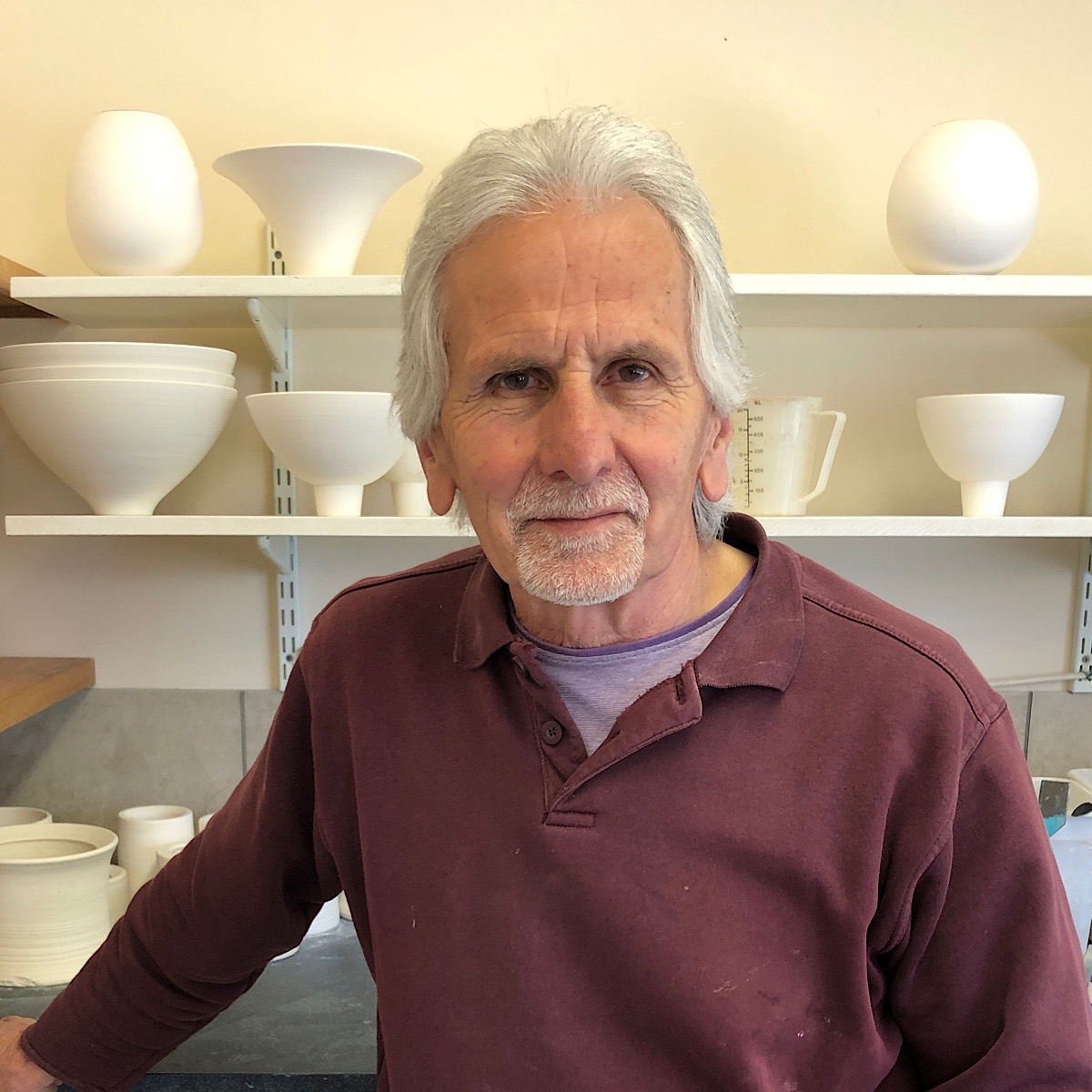