Studied Ceramic Art & Design at Wilmorton College, Derby 1994 to 1997. Then continued topractice different techniques and firing process and develop glazes until starting to sell directly to the public in 2003 in South West Wales.

Between 2004 and 2006 invited to join a delegation of artists exhibiting in Dublin, Galicia, Dubai, San Fransisco and Tokyo.

A break in production between 2006 and 2018 resulted in renewed period of refining techniques and glazes during 2019 and 2020, this included a new construction technique combining 3 clay bodies for the Highland cow which was originally developed in 2004.

The latest development is the Neither Black Nor White range of stoneware ceramics created in 2020, this includes a variety of forms and sizes, all hand thrown. 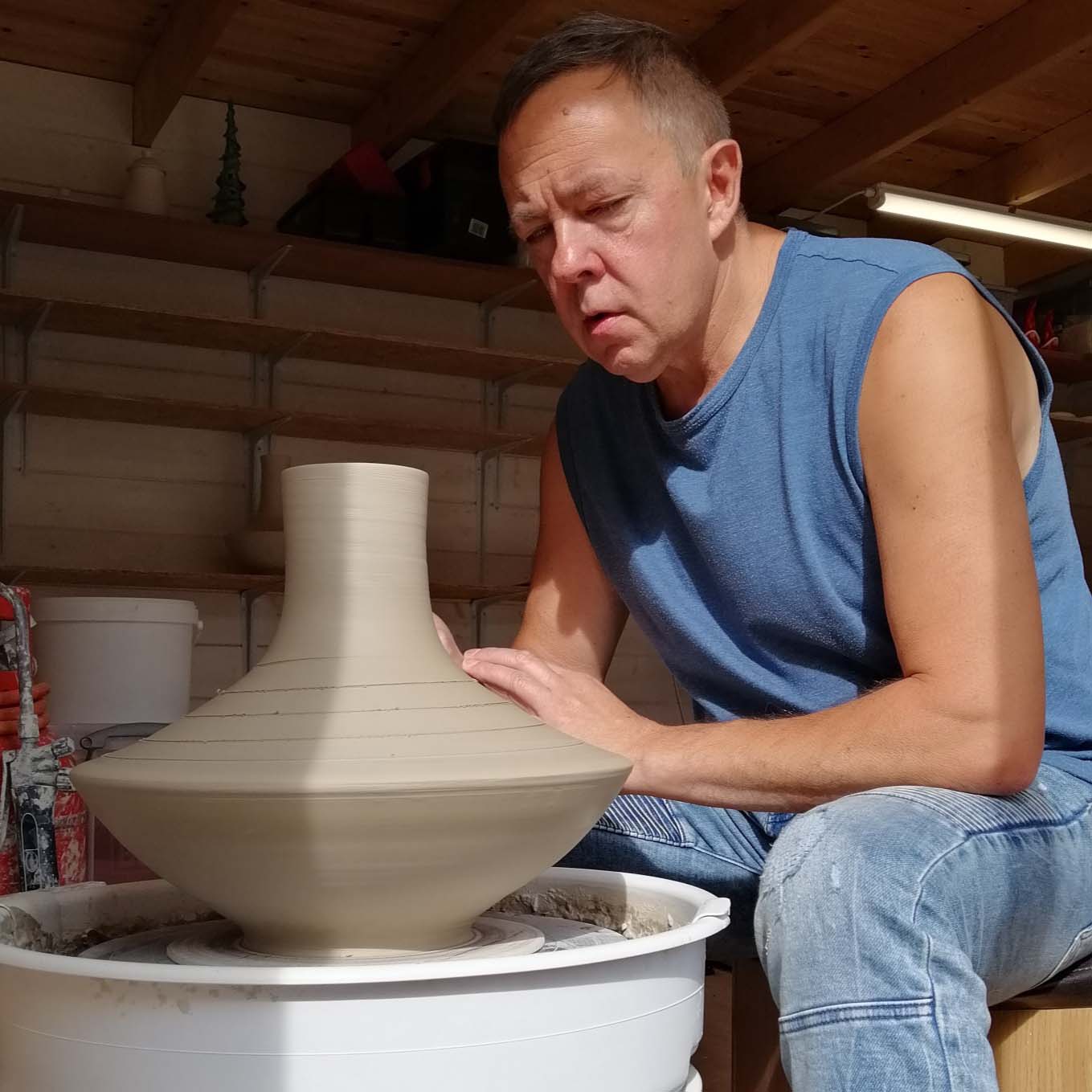